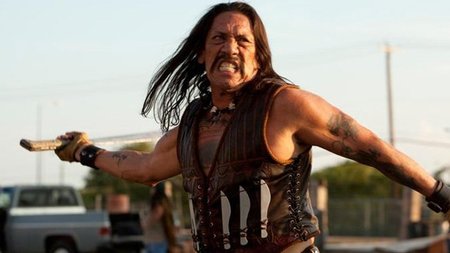 I was surprised by news of a machetes ban in Norway, as I honestly never heard of machete issues in this quite peaceful land. I was suddenly imagining people half naked hovering machetes to get money from a cashier, but I was far from reality!

Turns out, the mayor of the capital Oslo called for a ban on machetes already two years ago, because of a rise of attacks involving this weapon in the city. As we all know, Oslo is not really a jungle, so surviving without machetes should be possible. Those attacks are gang-related, and the weapon used in fights between rival groups.

Justice Minister Monica Mæland declared in May, as the ban was coming into effect on June 1, that: « This is a move in the fight against gang crime and violence and sends a clear signal to those who do not want to comply with law and justice. » In other news, delinquents and criminals.

After researching the topic for a bit, I ended up on a Reuters article from 2008 detailing the attack on a refugee center in the south of Oslo, where a gang used machetes to wound up to 23 people, apparently a gang rivalry between Kurds and Chechens. So apparently, machetes are a favored way of handling financial and territory dispute in Norway, which I had no idea of since I live in a very quiet place. In Bergen, we hear mostly about drug-related issues and fights, although I did see a knife attack once.

As a friend made me notice though, the regulation only applies to blades longer than 25 centimeters, since they can’t legally forbid people to have knives. How should we cut our deer meat otherwise, am I right? So let’s hope the government won’t have to reduce the legal length of knives every year!